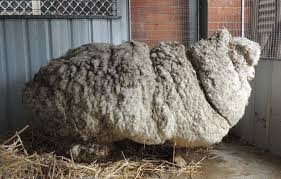 Aside from some of the obvious skincare ingredients that are derived from animals such as goat’s milk and milk powder, there are some ingredients that may be in your makeup or skincare that are less common and also derived from animals. You may be consciously choosing cruelty free skincare, which is great, however cruelty free does not mean animal free and many animals can still be harmed for their inclusion in beauty products. Ensure that you only purchase cruelty free and vegan skincare so that no animals have been involved in the production of these products.

Beeswax is a thick, waxy solution that is extracted from beehives from the honeycomb and honey that they produce. Bees are often selectively bred and their hives can be manipulated to increase production of these ingredients, such as killing and replacing the queen bee or replacing honeycomb with cheap sugar equivalents. These processes disrupt the beehive community and many bees can die as a result. Beeswax is often used in lip balms, lipsticks, face creams and lotions. There are many plant based waxes that can be used as an alternative, such as candalilla wax in my nourishing lip balms and lip scrubs.

You know the greasy build up on your hair when it hasn’t been washed for a week? Imagine that grease build up on sheep’s wool over months and months in humid environments. When sheep's wool is shorn, the wool is washed and the grease rises to the top and that is what is known as lanolin. Often sheep are deliberately left to develop more wool than they can carry to encourage more grease and lanolin production. Lanolin is often used in skin creams, balms and lip balms. An alternative to lanolin in skincare products is vegetable oils or plant based butters, such as those found in my hydrating body scrubs.

Carmine is the term used for the red colouring powder that is made from crushing cochineal beetles. These beetles commonly eat a red berry whilst alive and are then crushed into a powder to colour pink or red cosmetics, such as lipsticks and blushes. Opt for skincare products that are coloured with plant based natural ingredients, such as all of the products in my natural skincare range which are coloured with plant based, natural ingredients.

Retinol is a common ingredient in anti-aging serums or lotions and for its rich vitamin A content. This product however is extracted from animal by-products such as eggs, dairy, animal livers or kidneys.

Tallow is another name for animal fat and is made by boiling the carcasses of animals until a fat layer is formed and extracted. Tallow is often used in moisturisers, lipsticks, soaps and other cosmetics as a moisturising ingredient. It can also be labelled as stearic acid.

Gelatin is a similar product to tallow as it is made from boiling carcasses, bones, tendons and ligaments of cows and pigs or any part of the animal that contains collagen (also an animal derived skincare ingredient). This ingredient is used as a binding and thickening ingredient and can be commonly found in shampoos, face masks, hair masks and more. It is also commonly found in food ingredients such as jelly lollies, marshmallows and a number of desserts. An alternative to this are plant based thickeners such as agar-agar or xanthan gum.

This is not a comprehensive list and there are many more animal by-products that can be found in skincare ingredients. The best way to reduce harm to animals is to choose cruelty free, vegan skincare products like all of those in the Buddy Scrub range.
Read more